Who is Joe Scholes?

Joe Scholes is the acoustic solo project of Joachim Uerschels, an acclaimed musician and writer based in Cologne, Germany. He has a long history releasing music and playing live in various genres ranging from Ska and Reggae to Indie Rock to House and theater productions.

With his former band The Braces, Joachim Uerschels has been touring internationally since the late 1980s. Shows in every region of Germany, in the UK, Switzerland and Japan followed. He was booked for the Bizarre Festival (Berlin), R(h)einkultur (Bonn), The London International Ska Festival, This Is Ska festival (Dessau) Freedom Sounds Festival (Cologne) and many others.

Next to playing music, Joachim Uerschels has been active writing and reporting about music. What started with magazines, went on with year-long engagements at music TV stations VIVA and MTV. In 2009, Joachim Uerschels took up blogging, first at joescholes.com where his original plan was to document the making of the solo album that is now „Songbook Vol. II“. Yet, the blogging took a different direction. In 2012, he stopped updating joescholes.com and founded Reggae Steady Ska, whose aim is to offer an overview on the global scene for Ska, Rocksteady and Early Reggae. More than 250 articles have already been published there. 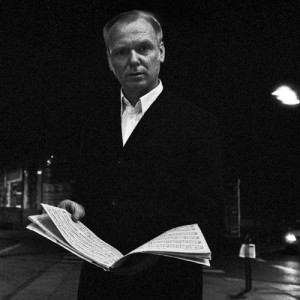